All the Internet
All
News
Images
Videos
Advanced Search 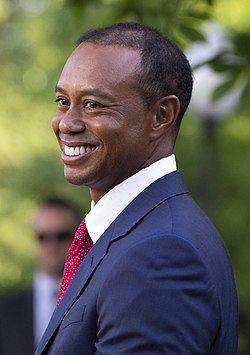 Eldrick Tont "Tiger" Woods born December 30, 1975 is an American professional golfer. He is tied for first in PGA Tour wins, ranks second in men's major championships, and holds numerous golf records. Woods is widely regarded as one of the greatest golfers of all time and one of the most famous athletes in the world. He has been elected to the World Golf Hall of Fame.Following an outstanding junior, college, and amateur golf career, Woods turned professional in 1996 at the age of 20. By the end of April 1997, he had won three PGA Tour events in addition to his first major, the 1997 Masters, which he won by 12 strokes in a record-breaking performance. He reached number one in the world rankings for the first time in June 1997, less than a year after turning pro.